TO GET TO THE EXCEEDINGLY rare plant called California sea-blite you go down to the east shore of San Francisco on an unmarked industrial road, past warehouses and jumbled rail lines. Cement plant rock-crushers roar, grinding Canadian gravel to fuel the city’s construction boom. A black tanker rests on a weed-lined rail spur, its side stamped in white: INEDIBLE TALLOW. A concrete road divider marks the end of the industrial area, and then in the shadow of the rock piles the waves sigh over a small crescent marsh with a view of the Bay Bridge and Oakland.

On a sandy rise about 10 feet from the water’s edge sprouts what looks like a plantation of waist-high green pipe cleaners. Over these, the freelance coastal ecologist Peter Baye pauses. This is one of only three small populations of endangered, once-extirpated sea-blite (Suaeda californica) around San Francisco Bay and a trigger for a wide-ranging, ambitious tangle of ideas that Baye holds about protecting life on earth.

These ideas come out rapid-fire, Baye’s mouth racing his brain to get the words out before he digresses again. There is the value of an “off-brand” marsh, the “taboo” of endangered species, the unexpected beauty of ugly habitats, the “idolatrous concepts” of wetlands that cause us to “mislead ourselves” into “thinking that virtuous actions are the goal of conservation”—as we stand over the sea-blite it all pours out, unpunctuated streams that merge into Baye’s self-described “perverse interest in recovering Suaeda where it originally was.”

Baye wears jeans, wire-rim glasses, and a gray wool beanie in the style favored by the Cousteaus. A former staff scientist at both the Army Corps of Engineers and the U.S. Fish and Wildlife Service, he is considered one of the leading architects of coastal conservation in Northern California. He helped design a futuristic “horizontal levee”—for which he won a Bay Hero award from the Bay Institute in 2016—and a 1,000-acre restored tidal marsh at Sears Point in Sonoma. He was a contributing author on three of six science foundation chapters in a major 2015 report called The Baylands and Climate Change: What We Can Do.

Twenty years ago Baye latched onto an anonymous plant that had been extinct in the San Francisco Bay for decades and, in the face of overwhelming bureaucratic and public indifference, has worked doggedly to bring it back. Peter Baye saw something bigger in the case of the sea-blite. Today, from the mud at our feet, spring the spiky green tendrils of a defiant attack on marsh idolatry—and on the way we think about endangered species.

CALIFORNIA SEA-BLITE THRIVES in the narrow strip of ecotone sandy beach on the bay edge of tidal marshes. In Southern California’s Morro Bay, the only other place it lives, it is a climber of fences, driftwood, and dunes. On longer time scales it is also a lateral mover, riding the back of the constantly migrating beach. “Suaeda is literally surfing,” Baye says; “it’s just very slow-motion surfing and the wave composition is sand.”

Six thousand years ago Suaeda species surfed a coastal plain that stretched from Mendocino in the north to San Diego in the south to the Farallon Islands in the west. A few hundred years ago sea-blite still thrived on 22 miles of beaches around central San Francisco Bay. The beaches are now almost completely gone, and with them the sea-blite. The last known local collection occurred in San Leandro in 1958; when Suaeda californica was added to the Endangered Species list in 1994, there had been no confirmed reports of it in San Francisco Bay since 1960. It had passed from mind so completely here that the listing, written by the U.S. Fish and Wildlife Service’s Ventura office to cover the Morro Bay plants, didn’t even consider the possibility of a reintroduction in San Francisco Bay.

Baye had been studying the historical botany of San Francisco Bay when he first came across records of the sea-blite. (The name “blite” applies to all 110 members of the Suaeda genus and comes from the Latin for spinach.) That it had been widespread in the Bay, had been wiped out along with most of its home, and had been forgotten as soon as it went extinct here, all caught his attention. He took vacation time to admire the plant in Morro Bay. When he joined the U.S. Fish and Wildlife Service in 1997, he pushed for a Suaeda reintroduction in the San Francisco Bay. It was possible, so why not?

He was motivated also by its link to a neglected piece of the landscape. Beach habitat has “trailed in the restoration caboose” all these years, Baye says, and while we’ve restored thousands of acres of tidal marsh, there’s been no matching commitment to bringing back the sand. It’s good habitat, Baye adds. Beaches adjust themselves naturally to shifting waterlines, meaning they could buffer sea level rise in front of many otherwise doomed-to-be-drowned marshes. This potential should be front-and-center, Baye says.

Which led him inevitably to: What if you viewed the sea-blite as a sort of anchor species whose reintroduction would necessitate the recovery of an overlooked habitat? And here, Baye concludes, is one problem with the way the Endangered Species Act is administered and perceived. Most people think about it in terms of single species: You pick a plant or animal, and you “save” it. But single-species thinking depends more than it should on the charisma of the species at hand and gives less space to the idea of the ecological processes that will matter more in determining the future health of the world. “If you read the act, it does not say we’re going to make a zoo and populate it with all these preserved species,” he says. “The basic purpose of the act is to work with the ecosystem.”

WHEN WETLAND ECOLOGIST KATHARYN BOYER arrived at San Francisco State in the mid-2000s, Baye pointed her to the potential of underappreciated, emblematic sea-blite. Boyer and her graduate students have since taken the idea from Baye’s head and grounded it in reality. They have scouted potential new locations for sea-blite, studied its nutritional needs, and grown seedlings in the lab. In April, they planted 45 new plants at Pier 94 to compare nutrition and sea-blite growth there and in Morro Bay. Reintroduced sea-blite now lives in two other places around the Bay, and a sea-blite recovery team led by Boyer plans to apply for funding this fall to complete the resurrection.

Boyer has always been intrigued by the results of a lab experiment showing that sea-blite thrives on eelgrass detritus. The two species might succeed or decline together, she says, pointing the way back to the big picture—bringing back the ecosystem. What else might the sea-blite be friends with? Boyer considered endangered Ridgway’s rails and salt marsh harvest mice, both of which rely heavily for protective cover on grindelia—a plant that doesn’t fare well with droughts or sea-level rise. Sea-blite could also provide high-tide refuge here, and with its succulent leaves and climbing ability, it is far better adapted to both drought and sea level rise. “It was just this light bulb,” Boyer says. “It would be such an attractive way to go forward, trying to introduce a rare species but thinking about it from a much broader community or ecosystem level.”

Many popular de-extinction efforts are moon shots, meant as much to stoke the human imagination as to repair ecological damage. The sea-blite represents a different definition of inspiration, Baye says, one that considers healthy relationships beautiful and works with species we have at hand to achieve them. And so, for considerably less effort than it would take to bring back the mammoth or reintroduce the grizzly bear, Baye, Boyer, and company could recover one endangered species, support several more, highlight a forgotten landscape, and help protect against sea level rise. “There’s more potential there than we realize,” Baye says. “If this works—and it makes sense that it would—hey, that would inspire me.” This story originally appeared in the July-September 2016 issue of Bay Nature. Help us keep profiling the rare species of the San Francisco Bay Area by subscribing today. 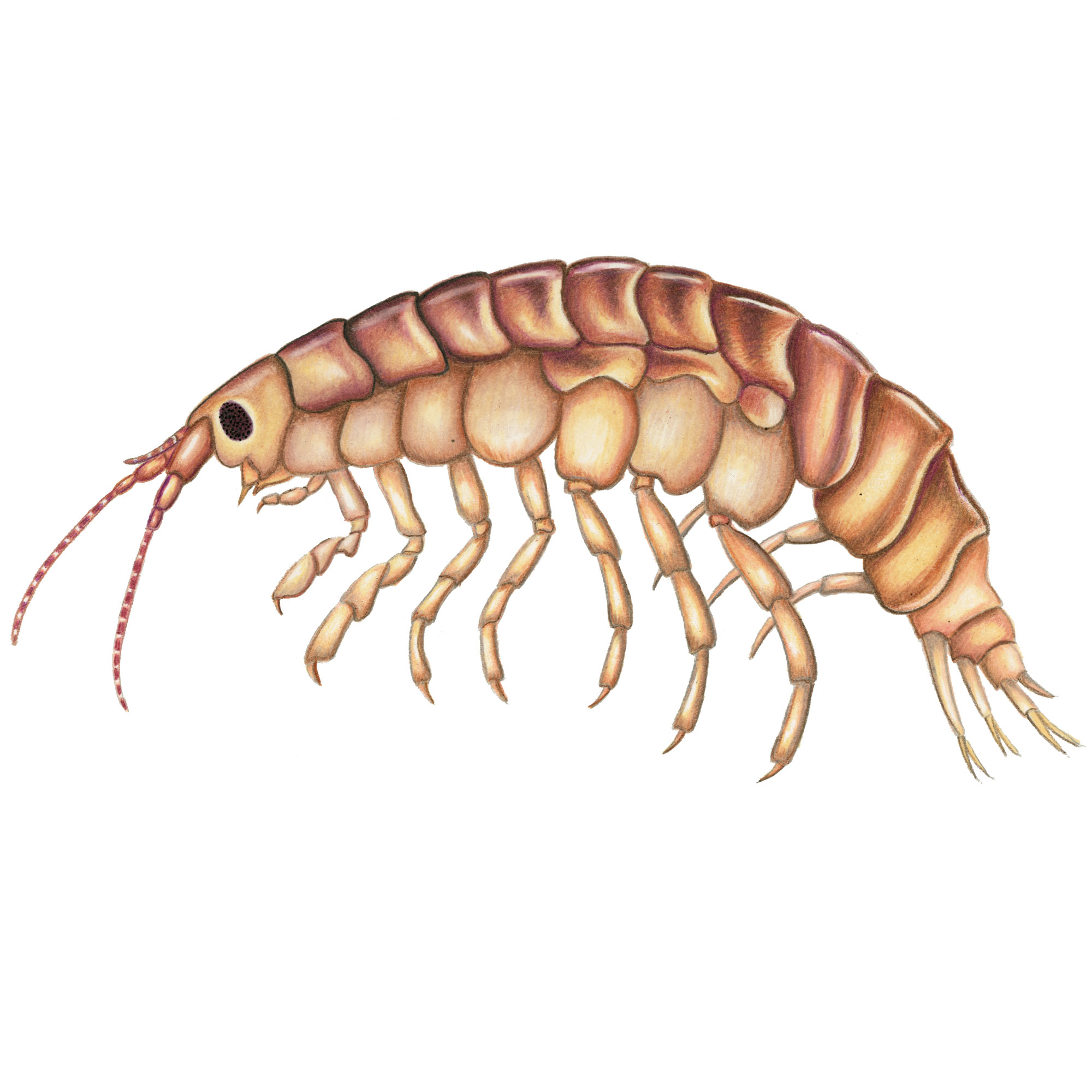