A few months after finishing my two-year commitment as a Teach for America corps member, I was in the middle of the Andes, looking at the brightest stars I had ever seen. I stood staring with my head tilted back, mesmerized at the immensity of it. As I absorbed that feeling, I noticed that the usual strain and tightness I had lately become accustomed to in my chest went away. It suddenly felt lighter and at ease. Just a few months earlier, I had felt completely burnt-out by my work as a teacher working with mostly low-income, underserved students of color in the Bay Area. But something about that moment felt healing.

I didn’t quite know how to name that feeling then, but Craig Anderson — a postdoctoral fellow at UC San Francisco and UC Berkeley who studies positive psychology — calls this “awe.”

“We feel awe in the presence of vastness, of things that we can’t really wrap our minds around for the moment,” says Anderson, “Nature is really good at making us experience that.” And his new research suggests that my sense of “healing” during that moment in the mountains is exactly what awe-inspiring moments in nature often do.

Anderson’s research tested 52 teens from underserved Bay Area communities during and after several one and two-day rafting trips along the South Fork of the American River in California. His team also tested 72 military veterans on a similar trip, and a dozen others during and after a four-day white-water rafting trip along Utah’s Green River.  Anderson co-authored the study with UC Berkeley doctoral student Maria Monroy and UC Berkeley psychologist Dacher Keltner, the founding director of the campus’s Greater Good Science Center.

Their findings: above all other positive emotions, when the veterans and students on these trips experienced awe, it predicted more positive changes in their stress-related symptoms later on.

As a teacher, I had recognized the toxic stress of my student’s lives, and the need for them to have mental health tools to manage it. But until reading Anderson’s study, I had never realized that “awe-inspiring” moments in nature could be one of those critical tools. On average, a week after their trip, participants in the study experienced “a 29 percent reduction in post-traumatic stress disorder (PTSD) symptoms, a 21 percent decrease in general stress, a 10 percent improvement in social relationships, a 9 percent improvement in life satisfaction and an 8 percent increase in happiness.”

Anderson’s study made me reflect on who we generally allow to experience moments of awe that lead to healing. After teaching, I had the privilege of time and money to take myself on hiking trips where those moments of awe came frequently. But my students — with limited financial resources and far less average green space in their own neighborhoods — could not necessarily access those moments as easily.

In education, we speak at length about the “achievement gap” and the academic opportunities students from marginalized backgrounds do not receive. But Anderson’s research made me curious about the “awe” gap as well. Who has the privilege to experience moments of vastness? Who doesn’t? Who do we believe is deserving of these moments? Who do we pretend doesn’t need them? As teacher, why did I have the chance to heal from my life’s stress by spending time in nature, when my own students couldn’t?

This disparity seems more unjust when considering just how extreme these levels of stress can be for students of these backgrounds. Anderson admitted that when comparing PTSD symptoms among the youth and veterans in his study, he was surprised to find that the students actually had higher symptoms of PTSD than the veterans did.

Education researcher Jeff Duncan Andrade estimated that around one in three youth in cities like Oakland have mild to severe symptoms of PTSD. He also noted that these young people often experience trauma differently “For a soldier, [the term] PTSD makes sense because they’re ‘post’ — they’re off the battlefield. But it doesn’t make sense to diagnose a young person with PTSD because they’re re-experiencing trauma,” Duncan-Andrade told Alternet in an interview. Doctors at Harvard recently labeled this condition “Complex PTSD.”

Anderson hopes his research will ultimately help students with these mental health issues have access to nature as a legitimate pathway to healing. To do that, he believes we need to formalize nature experiences into our healthcare system.

“The dream is that when someone feels depressed and goes to the doctor, they can prescribe experiences in nature and have it covered by a patient’s insurance,” says Anderson, “And we have to invest in protecting nature and public lands because we see them as sources of health care for all of us.”

On a small-scale, this has already started happening: Park Rx America has organized a movement of pediatricians writing formal prescriptions for patients to spend time outside. Statewide initiatives in South Dakota and Vermont have also shown how healthcare and nature organizations can work together to increase community well-being.

But to convince the healthcare system to change dramatically, Anderson believes we’ll need more research proving just how practical and effective nature treatments can be. “If you think of the level of evidence we need for a new medication, I want to get to that level with research on this topic,” says Anderson, “We have to invest money in that.”

Anderson’s research also found that people don’t necessarily need a lengthy nature trip to experience significant changes in stress. Anderson’s study also looked at undergraduate students at Berkeley who took short walks outside and documented moments that gave them a sense of awe. He found that even these smaller moments still improved student well-being. The Nature Conservancy also recently published findings that even “microdoses” of nature within a city environment can still have a positive effect.

“We have to emphasize that nature doesn’t have to only be these grand trips. It can be something we do daily,” says Anderson, “Everyone could use a bit more awe in their day-to-day lives.”

When I took time off to travel and hike after teaching, nothing about that trip felt practical. The awe I felt during moments on those trips felt like a luxury, like being let in on a secret that no one else at that moment could know. But Anderson’s research proves to me that these moments are actually one of the most practical ways of addressing the systemic trauma communities face. To feel awe in nature does not have to be an honor reserved for a few. Instead, it could be that method we choose for helping all humans heal.

Amanda Machado is a writer, editor, content strategist, and facilitator who is passionate about exploring the intersection between storytelling, social justice and the outdoors. You can learn more about her work at her website. 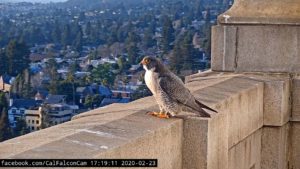