Naftali Moed is a senior at UC Davis earning a degree in Environmental Policy Analysis and Planning, with a minor in Landscape Restoration. He grew up in Pacifica, hiking and biking in nearby parklands and reading Bay Nature with his family. As a student at Oceana High School in Pacifica, Naftali continued his love affair with nature by interning for the Park Stewardship Program of the Golden Gate National Parks Conservancy and helped found the school’s garden in partnership with the Conservancy and Pie Ranch, a nonprofit farm on the San Mateo coast. The garden is unique in that it grows both edible plants, to teach educate students about food sustainability issues, and native plants for ecosystem restoration. Naftali was later hired as a seasonal ranger at the Golden Gate National Recreation Area.

As a student at UC Davis, he continued to pursue his passion for stewardship of natural areas through a number of campus organizations. As a freshman, he began playing an active role in the student organization Wild Campus, a role that led to the formation of a partnership with the Putah Creek Council, a community nonprofit group that engages UC students in restoration of Putah Creek, the major watershed near campus. Naftali’s work with the PCC has also included working to create the “One Creek” internship and restoration summer program for high school and college students. Impressed by his leadership potential, the PCC board of directors recently elected Naftali to join them as a member of the board.

Since April 2015, Naftali has served as a Student Engagement Fellow for the system-wide UC Carbon Neutrality Initiative, which seeks to reduce the University’s carbon footprint to net zero by 2025. Also in 2015, Naftali was hired to be the “Learning by Leading” Student Coordinator for the UC Davis Arboretum and Public Garden, where he is responsible for bringing together student clubs and student government units to share sustainability and environmental goals, resources, programs, and funding. He plans to continue his work for community-based stewardship and restoration of wildlands after he graduates in the spring.

Read about our other 2016 Local Heroes: 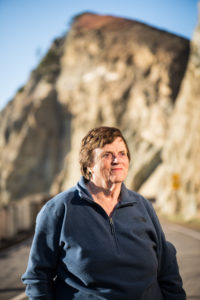