“Many of us live in the Bay Area because of its rich natural heritage. And once a year we like to recognize just a few of the many people who are responsible for protecting and stewarding it.” — David Loeb, publisher, Bay Nature

Every year, Bay Nature Institute selects three people whose extraordinary work on behalf of conservation and environmental education in the Bay Area warrants special recognition and appreciation. Following are the three Bay Nature “Local Heroes” for 2016. They were chosen by Bay Nature Institute board and staff from over forty nominations submitted by members of the Bay Area conservation community, and they were honored at Bay Nature’s Annual Awards Dinner on Sunday, March 20, 2016.

This year, we’re also delighted to have presented a fourth award: the Bay Nature Hero Award for a person who has made extraordinary contributions to the success of Bay Nature. The recipient of this award is none other than Bay Nature’s co-founder and local publishing icon Malcolm Margolin.

>> To learn more about the 2017 event, The Tide is Turning: Celebrating San Francisco Bay and Our Local Conservation Heroes, visit baynature17.eventbrite.com. 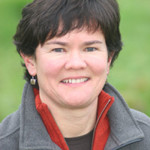 For more than 25 years, Andrea Mackenzie has been an effective and visionary leader for open space protection in the Bay Area, working at the intersection of urban and open space planning and policy to preserve the region’s natural and working landscapes. She has worked for land conservation agencies and nonprofits around the region including the East Bay Regional Park District, Sonoma County Agricultural Preservation and Open Space District, Land Trust of Santa Cruz County, and most recently, the Santa Clara Valley Open Space Authority. As General Manager of the OSA, Andrea has opened several new preserves to the public while tripling the revenue and doubling the staff of the agency, all in the service of implementing an ambitious 15-year plan to preserve the most significant remaining open space, habitat, wildlife linkages, and farmland in the South Bay. To secure the resources to implement this vision, Andrea helped guide the campaign for Measure Q in 2014, which ensures $120 million in new funding for the Authority. Her range of experiences has given Andrea a uniquely broad perspective on regional open space issues and opportunities.

Environmental Education Award
Allen Fish, Director, Golden Gate Raptor Observatory
(Recognizes the achievements of an individual who has made significant contributions to public understanding and awareness of the natural history and ecology of the San Francisco Bay Area, through research, teaching, field trips, journalism, and/or other media.)

Since 1985, Allen Fish has been the director of the Golden Gate Raptor Observatory, a well-respected and successful nonprofit program of the Golden Gate National Parks Conservancy in cooperation with the National Park Service that carries out scientific research, public education, and informed advocacy for raptors. With a permanent staff of three, six seasonal biologists, and a corps of 300 volunteers dedicated to tracking the state’s largest raptor migration at Hawk Hill on the Marin Headlands, GGRO is a recognized leader in both raptor research and the rapidly growing field of citizen science. Under Allen’s leadership, GGRO has also been dedicated to public outreach and education to spread the raptor gospel: More than 10,000 people visit the Hawk Hill raptor count site every fall, including school groups from around the Bay Area, while Allen himself has written numerous articles, taught classes in raptor biology, and led raptor tours for the California Academy of Sciences.

Naftali Moed is a senior at UC Davis earning a degree in Environmental Policy Analysis and Planning, with a minor in Landscape Restoration. He grew up in Pacifica, hiking in nearby parklands and reading Bay Nature with his family. As a student at Oceana High School in Pacifica, Naftali continued his love affair with nature by interning with the Golden Gate National Parks Conservancy and founding a school garden in partnership with the Conservancy and Pie Ranch. As a student at Davis, he has pursued his passion for stewardship of natural areas as a leader of the student group Wild Campus, where he forged a partnership with the Putah Creek Council, a community nonprofit that engages students in restoration of the major watershed near campus. He is also the Student Coordinator for the UC Davis Arboretum and Public Garden and was recently selected to be a Student Engagement Fellow for the system-wide UC Carbon Neutrality Initiative. He plans to continue his work for community-based stewardship of wildlands after he graduates in the spring.

Bay Nature Hero Award
Malcolm Margolin, Heyday Books
(Recognizes an individual who has made extraordinary contributions to the creation, success, and sustainability of the Bay Nature Institute and Bay Nature magazine.)

Malcolm founded Heyday Books in 1974 in order to publish his first book, East Bay Out, a highly original and personal description of the parks of the East Bay Regional Park District. In 1978, Heyday published Malcolm’s best known work, The Ohlone Way: Indian Life in the San Francisco–Monterey Bay Area, which has been in print ever since and has been recognized by the San Francisco Chronicle as one of the 100 most influential books of the 20th Century by a western writer. In 1986, Malcolm founded News from Native California, a quarterly magazine that gives voice to California’s indigenous peoples. Then, in 1997, he began working with David Loeb to start Bay Nature, serving as founding publisher from the magazine’s launch in 2001 until 2004. Now in its 41st year, Heyday publishes 20 titles a year that cover the diverse nature and culture of California, and sponsors dozens of related events around the state. Malcolm will retire from Heyday at the end of 2015.